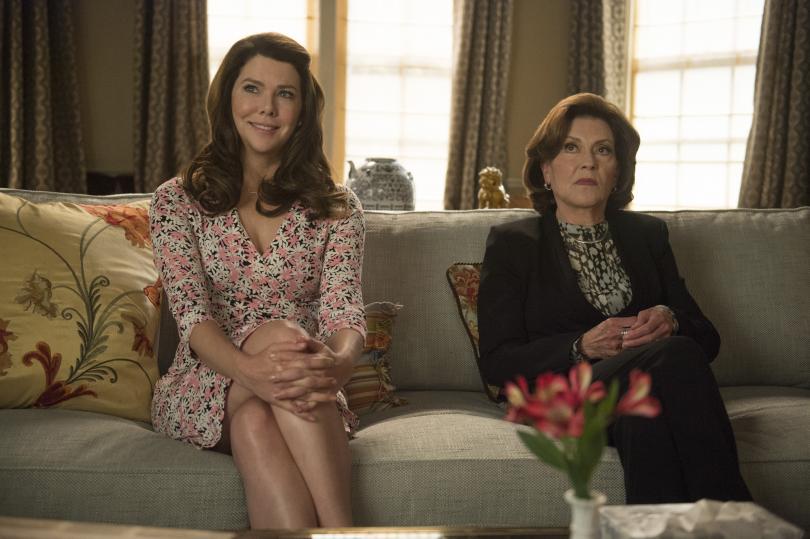 This was an ending, from the beginning.

Having been only 8 years old when Gilmore Girls first premiered in 2000, I didn’t first watch the series until a few years after it ended. I still consider myself a huge fan – I relate to many of the characters more than I’m willing to admit. I’ve watched the series in its entirety at least twice (that’s a lot of hours of TV, and this was pre-Netflix). I was looking forward to Netflix’s ‘revival.’ The series creator didn’t have the chance to end the show the way she wanted back then, and as soon as I learned she was finally getting the chance to give the show the ending she dreamed of, I was on board.

I’m not the biggest fan of things ‘coming back.’ I believe an ending is an ending, and that people get way too attached to stories, begging for more when there isn’t more to tell. So I was a little hesitant to hop on the Excited Train. The first trailer was enough to make me feel OK about it. And then there are the Last Four Words, which made me excited not for myself, but for Amy Sherman-Palladino (creator). Any creator who loses control of her story, especially in its final season, I’m going to support them when they get their rightful ending, no matter who it is.

I watched all four episodes (more like mini-movies – each over an hour long, the final almost two) on Friday. I watched them alone. I cried during most of the last half of the experience. Because I don’t let hypes inflate my expectations, I went in with none – and those episodes ended up being everything I had hoped for – nothing more; nothing less. I felt closure. I felt complete. And when those Last Four Words hit, I felt HAPPY, and SATISFIED, and I turned Netflix off, and other than two blog posts in a row related to the subject (sorry), I moved on.

I expected people to feel the same way I did. People don’t. There are people who are disappointed. Upset, even. Worst of all, they don’t like the fact that it’s over. They want more.

Again, I have to advocate for the writers and creators of the world here … IT ENDED. They’re not called the Last Four Words for nothing. The story has a definite end, in the sense that many loose ends are tied up, and there’s one thing that isn’t – ON PURPOSE. I can’t get into details because I really don’t want to spoil it for people who haven’t gotten around to watching yet. But people are completely missing the point. It was supposed to end this way. It always was. And the fact that it didn’t happen until 9 years after the fact actually worked out in its favor, in my opinion.

I can’t stand people who keep asking for more. There isn’t any more. The creators aren’t going to give you more. If you weren’t satisfied with what you were given, I don’t think you came into this with the right mindset. This is not something that was ever meant to expand. This was an ending, from the beginning. As always, blogs and news outlets gave you pretty good reason to have the wrong expectations going in.

This was not Gilmore Girls the way you remember it. This was a tribute to what should have been, 9 years later. Things change in 9 years. Characters change. Even writers and directors change. YOU have changed. Why … why do you want more of something that shouldn’t have even happened? I loved the revival. I loved the closure. But in many ways, this was a four-part series trying to exist 9 years in the past while keeping up with the times. It needs to be put to rest. It’s done. It got the ending it deserved – and maybe you don’t agree with that, but that’s because you’re not looking at the whole picture. I think a lot of people expected this to be … a new show, in a way? No. That’s not what this was for.

Let it be done. This happens with TV shows and movie franchises and books all the time. When the creator says it’s done, it really needs to be done. We just know, deep down, when we’ve told all of a story that needs telling. In our minds, Rory’s future will play out – but we don’t need someone else to tell us how that goes. Use your imaginations. Is that so hard?

Gilmore Girls is over. I would be both surprised and upset if there was more. More would ruin it. More would be going too far. The story has been told, it’s not going to change just because you’re on Facebook whining about it. I’m sorry you got your hopes up, but I don’t know what you expected. It’s HARD to return to something you did nine years ago, for the writers, directors and actors alike. You’re being selfish, really. Be grateful you got anything at all in terms of closure. It’s done. Move on. You can do it.