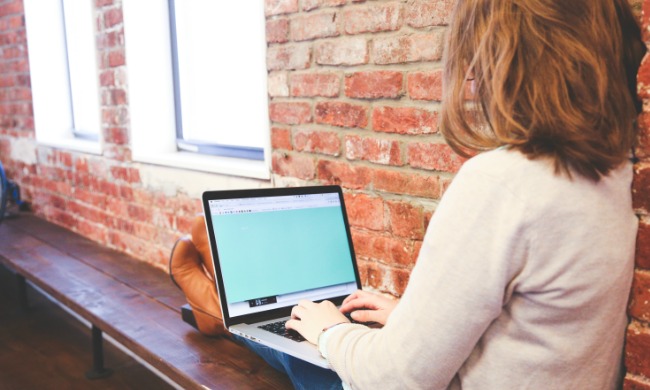 They say the closer you get to the finish line, the harder it gets. Until the very end. Then time ceases to exist, and before you know it, it’s over.

This is just as true for running (the last mile is always the fastest, at least it always has been for me) as it is for writing. I experienced the phenomenon once again this past weekend, when July 30 hit and I realized I was probably not going to meet my goal of winning Camp NaNoWriMo, which takes place every April and July.

Yet somehow, at 8:00 PM on Sunday night, I found myself exhausted, a thousand words away from another NaNo win. And I don’t know how, but it just sort of happened. Those last thousand words just came out of my brain and ended up finishing out my novella without much struggle.

I am a competitive person: I always have been. I hate losing, even when the only person I’m competing against is myself. So that’s why, in a time span of about 36 hours, I pushed nearly every other responsibility aside and cranked out 13,000 words – a little less than 5,000 on Saturday and  a little over 8,000 on Sunday.

Why did I do this? Because it was one of my goals for the year, and y’all know how I am about goals. Because I’m behind on my 12-novella project and needed to use Camp as a way to push myself to (almost) get back on track.

How did I do this? By taking advantage of my procrastination habit (not recommended). By using my trick of writing 1,000 words at a time, taking a short break and going right back to it. By focusing on the story, not the spelling or grammar or formatting. By getting off social media and turning off my phone. All things we can all afford to do more often, especially on weekends.

Here’s the thing. We have a way of talking ourselves down, thinking it’s too late, thinking it’s too much or too hard. Believing we can’t do it, that we don’t have to do it. Technically, you don’t have to write anything at all, ever, on your own. No one is ever going to force you to write something. So when it comes down to it, not only are you the only one who can talk yourself out of writing more than you think you can handle at one time; you’re also the only one who can talk yourself into it.

You’re placed into “cabins” as a Camp participant – smaller writing groups where you can interact on a discussion board. No one in my cabin had posted anything in over a week at that point. I knew that would be the case before I even checked. We make the mistake, usually, of thinking there are going to be other people, other writers, who are going to be there to support us. In some cases, yes, there will be. But in most cases, especially when writing at the last possible second, you’re on your own.

I had to make the choice to sit down and write all those words, by myself, without any support. And that’s not a complaint, either. You learn, the more you write, that there are times you cannot rely on other people to help you. People like to say they’re going to be there to cheer you on, and often they mean it. But the reality is, people get sucked into their own projects. They procrastinate, and find themselves racing to the finish line, and just can’t be there for you, no matter how much they might wish they could be.

I still participate in writing months and challenges because they push me. They remind me that, as a writer, I’m much more capable of exceeding my own expectations than I think I will be. 13K in 36 hours is a lot of words. They weren’t the best words I’ve ever written; I’m going to have a heck of a time editing this weekend. But it was worth it. Why would you just stop, why would you just give up, when you’re fully capable of putting all those Netflix shows and YouTube videos and podcast episodes on hold until you have all your writing done?

I still procrastinate. It’s not something I’m ever going to “get over” in my writing, because more often than not, it pushes me to get more done than I often believe I’m capable of. Maybe challenges like these aren’t for you, and there’s nothing wrong with that. But I think we all need some kind of writing challenge to stretch us beyond our limits.

For me, it isn’t about winning. It isn’t about the quality of the work (which seems counter-productive, but hang with me for a sec). I go into it knowing I’m going to have to edit a lot when I come out on the other side. But writing that much in such a short amount of time, whether it’s April or July or November, that’s when I’m at my most creative, in terms of fiction writing. Though 90 percent of what I might write is going to need revising, within that 10 percent are some of the best sentences and pieces of dialogue I have ever written.

It’s those small pieces of writing that make it worth the effort. It’s those mini masterpieces that remind you it’s OK to be proud of the things you write. If you’re in need of that kind of reminder, find a writing challenge, or create your own. I may never publish a full-length novel. That doesn’t matter. What matters is that I use my need to write to fuel my desire to continuously learn and grow.

Some of you write whenever, however much you want, simply because you enjoy it, and in some cases, because you need to release the creative energy bottled up inside you. I get that; I’ve been there. I think we all at least start out as casual creators, seeing what we can do with the stories floating around inside our heads like mist. Some of us go beyond that point, and realize we need to write to maintain some sort of manageable mental health state (or something like that).

Whatever your reason for writing, never underestimate yourself. Never think you can’t. But also never think you “have to.” Always try to uncover and hold close your reason for doing what you do. That’s where my 13,000 words came from. All I had to do was remind myself over and over that it was my choice. When you feel like you’re choosing to do something, it becomes less of a chore, and much more of an adventure.

This post was written as part of the Problogger: 7 Days to Getting Back Your Blogging Groove challenge. If you have been struggling to write the engaging, well-thought-out posts your blog is known for, or have abandoned your blog completely but are ready to get back into posting more regularly, consider joining the challenge today.