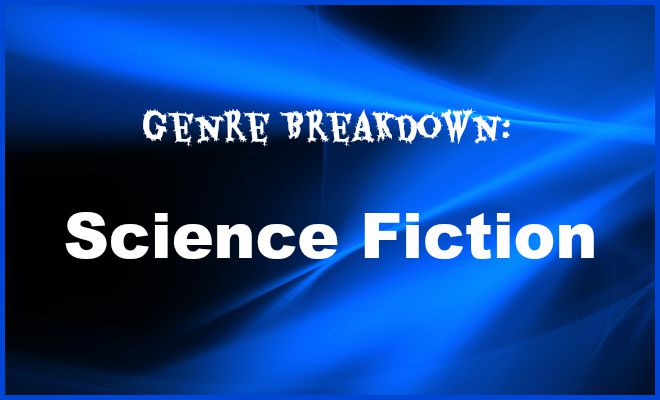 It doesn’t matter who you are or what genre you write in: everyone wonders what it would be like to write their own science fiction novel. It doesn’t seem all that difficult on the surface: it’s literally all made up, after all (but don’t, please, confuse sci-fi with fantasy; they are not the same thing—yes, fantasy comes next in our Genre Breakdown series, so hold on).

Writing in this genre does require a lot of thought and creativity though, because you have to not only be able to create a good story with intriguing conflict and dynamic characters: you have to set it up during a time and place that does not exist.

You have all the power to do what you want with your science-y story idea. But you need to know how to use it wisely.

What makes a novel a science fiction novel?

Science fiction is a genre portraying futuristic, fictional (duh) scientific and technological advances that bring major social and environmental changes upon featured societies and characters. Sometimes sci-fi involves time and space travel and interplanetary life, but not always. What makes a science fiction story a science fiction story is its ability to send its reader on a journey—not to answer questions they already had, but to discover questions they never even knew needed answering.

Most will tell you a book can’t be a science fiction story if it features a society or circumstance too similar to the ones your readers will recognize. It can feature similar themes—maybe one species of alien is discriminatory against another, starting a galactic civil war of some kind. But that’s the key: these are virtually unknown species. Which could technically exist out there somewhere, but to our definite knowledge, don’t.

Recent books and their authors

Alien invasions are terrifying enough. Try battling being a teenager at the same time (been there, conquered that. The teenage thing, not the aliens).

When it comes to the end of the world, there’s only one thing to do: leave. If you knew you were descended from one of those lucky ones who got off a planet before it was too late, would you be curious enough to go scope out where you came from?

Exploring new planets sounds fun. What happens when you get to this new world and you’re the only one who can see? If everyone else around you is blind, what are you to them?

How to write successfully in this genre

To succeed in this genre, you need to be willing to do what all of us are drastically afraid to do—dive into all the other ideas that have already been used. Read books (see above). Watch movies. Familiarize yourself with what’s already been done—and yes, you can technically classify watching Star Trek as research—so you can do one of two things: dig deep enough that you find a small stand of something that hasn’t been done, or the better of the two options, figure out which questions have been raised and pull from those an entirely new set of questions you want your readers to ask.

Sci-fi is not a new genre, so you won’t have trouble finding all kinds of weird and amazing stuff out there to explore. You’ll have to use your creativity to spin those old ideas into completely new stories because, sorry, unless you’re a sci-fi mastermind, you’re not going to write your way into the official Star Wars universe right at your start. Take today’s biggest social challenges, launch them thousands of years into the future, shift around the circumstances to fit your new universe, and you’re on your way.

Oh, and just so you’re warned: world building is hard. It is time-consuming, and you will get sucked in, addicted and drained. But it is so, so worth it. And if that’s where you want to start—go for it. As long as you can come up with a good plot to go along with it.

Yes, nonexistent technologies, aliens and epic space battles are, well, epic. But good writing still matters, so while you’re building up your action-packed, futuristic masterpiece, let the writing carry it along, not just the EXPLOSIONS.