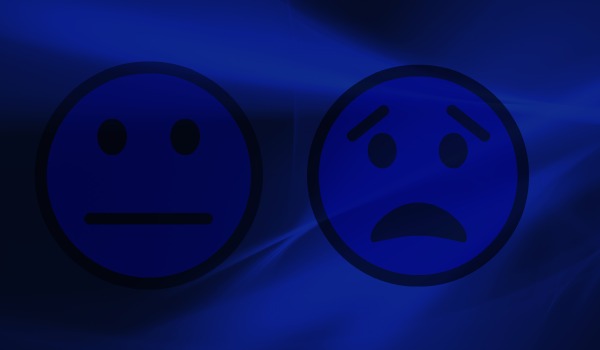 This post was inspired by “The Everyday Writer: Prepare to Be Criticized.” Check out the blog post that prompted us to discuss something we really haven’t talked much about yet here at Novelty Revisions: what to do when your potential audience has feedback—and not always the kind of feedback you’re hoping for.

As a writer, it’s important to learn early on that not all comments you get on your posts, stories, anything you make public, are going to be good ones. But that doesn’t mean the negative comments you do get are any easier to write off as “no big deal.”

Even the experts make mistakes; there’s always something new to learn. Here are a few strategies you can adopt to make it a little easier to deal with the negative feedback you’ll more than likely get on your writing, whether you’re at the very peak of your success or you’ve just published your very first post.

Sometimes negative feedback will come after a few positive notes. Maybe, “I loved this, but …” isn’t so bad—but it’s easy to focus on everything that comes after the “but.” Whether it’s someone disagreeing with your argument or, sometimes, just bashing your work for the sake of lashing out at someone else’s effort, it’s not always what you want, or need, to hear. Or is it?

If someone adds a few less-positive comments to their response to your writing, that probably means they’re criticizing you for a good reason. If they’re taking the time to give both positive and negative feedback, it does mean they’re paying attention and might even want to help you improve.

Those less-balanced, “stop writing you’re terrible” fragments—you can filter those out. If there’s no context, just a string of harsh words, not only doesn’t it have to mean anything to you—in all honesty, it probably doesn’t mean anything to the “author,” either. There are people out there who hunt for content to trash, and honestly, if it doesn’t stretch on in multiple sentences to back itself up, it’s not worth your energy.

Turn a negative into a positive

Someone’s negative commentary about your blog, an excerpt you posted or your writing ability in general might actually be able to inspire you to improve, if you’re willing to let it. If it doesn’t motivate you to write a post or series of posts about negative feedback, maybe it can motivate you to take negative comments seriously—within reason.

If someone complains about your posts being too long, for example, well, maybe you might consider dropping your maximum word count by a few hundred to see what that does to your traffic. A bit more serious, if someone criticizes you for writing stories that are too predictable or creating characters they’re already too familiar with (not in a good way), you have options. You can defend your choice of plot and characterization or consider working on those story elements in future projects.

Most importantly here, though, you always have the option to start a conversation. Not to fire back at someone who’s trolling you, but to pull their comments into a deeper realm. Maybe they’re interested in hearing your opinion or response. After all, some negative comments might only be perceived as such. Some people pick out flaws to highlight because they’re not as good at noting positives, but still want to start a conversation with you.

Be proud of what you’ve accomplished so far

There’s one point we really want to make sure we hit here: if you’re getting negative feedback on your writing—rejoice! Feedback is feedback, and as long as it’s not total spam, any kind of feedback usually means you have an audience, even just a small one. Think about it: would you rather have no feedback, or some positive, some negative feedback?

You’re writing. You’re daring to put your work out there, which isn’t always the easiest thing to do. So even if it seems like negativity is coming at you left and right, you never know—some of those negative feedback “providers” might just be jealous that you’re putting your work out there, and they aren’t.

There will come those moments all the negative feedback you’ve ever gotten slams into your confidence, hard. Sometimes it helps to somehow archive all the positive feedback you get, so in those moments of self-doubt, you can return to those comments and remind yourself you’re still making an impact with your words.

Remember, you can’t please everyone. Sadly, your audience will always turn out to be a mix of people who love your work, people who can’t stand your work (yet still feel the need to read it and voice their negative opinions) and people you’ll never hear from at all. That’s normal. What matters is that you don’t let yourself get too discouraged.

Writing is tough. Having people respond to it might even be tougher, especially when they don’t have nice things to say. But you do what you do, and you love what you do. Writing is who you are. If it were easy, it wouldn’t be worth the effott.