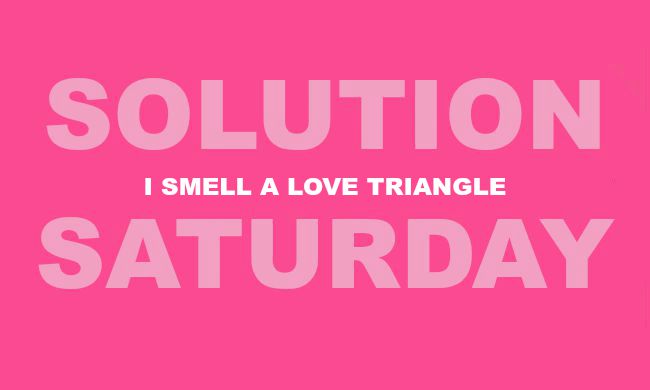 Love triangles appear in stories so often it’s sometimes difficult to realize they’re coming before they settle comfortably into a plot. Even when you’re the one writing the story, sometimes characters have a way of subtly revealing their true feelings even if you didn’t plan it out that way.

Which can be frustrating, if you hate love triangles, but realize you’re in the middle of writing one into your story.

Are you anti-love triangle? There are ways to make it work even if you’ve told yourself a thousand times you’d never let it happen to your characters.

Every story needs a little drama, and a love triangle is a go-to for many writers. There’s no secret, unwritten law that says every love story involving three people has to be complicated.

A love triangle can run as an underlying element throughout an entire story without becoming its major focal point. You can drop hints that one character has feelings for another without anyone ever actually addressing it. That still counts, and that’s probably more realistic than a werewolf and a vampire pining for the same girl for four straight books (sorry).

Solution 2: Make sure each love interest is also a significant part of the main plot

Don’t develop a character just to give a love triangle a strong third side. If he or she isn’t all that important to the story, don’t grant them significance just to make things more interesting.

Solution 3: Things don’t have to end with a choice

Your story doesn’t have to end with the main character choosing between one love interest or the other. That’s probably what sets a lot of anti-love-trainglers off: when a story pushes the idea that everything always has to conclude with a definite answer.

Going along with that, not everyone gets a happy ending. And just because one guy gets the girl and the other doesn’t, doesn’t mean they’re all going to be friends forever and everything’s fine. Think of Snape, okay? He lost his love, like, twice over. (Ugh, sorry!)

Characters tend to do things we never planned for. Fictional people fall in and out of love just like real people do. If a love triangle is brewing, don’t fight it. You might be able to weave it into your story without banging your head against your keyboard every five minutes.

One thought on “Solution Saturday: I Smell a Love Triangle”