Pixar films are known for their excellent storytelling, and Inside Out’s Best Animated Feature Film Academy Award win on Sunday night came as no surprise to most of us. 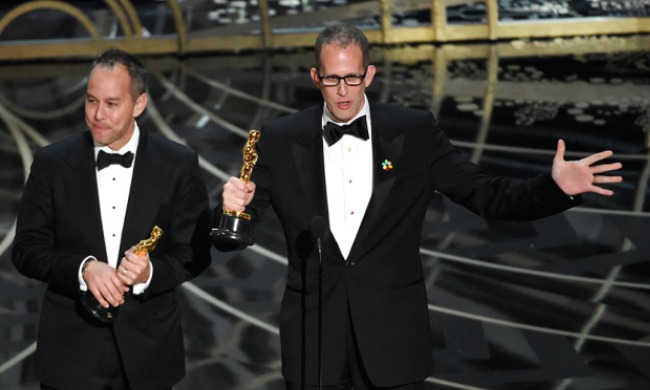 Whether you’re feeling discouraged or you’re having the best time of your life, a little inspiration from someone who has been where you are, and worked their way up to success in your field, never hurts.

Pixar films are known for their excellent storytelling, and Inside Out‘s Best Animated Feature Film Academy Award win on Sunday night came as no surprise to most of us. We laughed. We cried. We thought about our imaginary friends for the first time in 15 years (or longer).

Even more heartwarming than knowing our favorite animated film of 2015 won the award it deserved was the heartfelt advice Pixar’s Pete Doctor gave young creators while accepting the Oscar.

And he’s absolutely right. We can’t always choose how we feel, but we can channel those emotions into our art, whatever it may be, and choose to create anyway.

Young creators have it harder than you might think (never forget that you were one once). They have dreams and aren’t afraid to chase them, but they also have people telling them they need a backup plan first, or that they can’t make a living doing their art, or they have support but no one telling them where to go or how to make it big.

Anyone can take Doctor’s advice though. It doesn’t matter if you’re stuck in a crappy freelance job or you’ve been trying to get published with no success or you’ve had some success and are just feeling burned out.

Your work doesn’t matter any less just because you aren’t having the success you’ve been hoping for or you’re not enjoying what you do as much as you thought you would. Your words can still make a difference to someone, or might make a difference at some point in the future.

You may never win an Oscar or publish a bestseller or have your stories read by millions of people around the world. That doesn’t mean your art, whatever it is, isn’t still worth doing. Sometimes it takes awhile to break through the white noise. Maybe you never will.

But we don’t just create to be noticed. We create because it is part of who we are. It helps us through various stages of our lives and makes us more self-aware. Finding an audience that will pay attention is just a side effect. Not guaranteed, but possible.

Keep telling your stories in whatever way suits you. It’s what makes you you.

One thought on “You May Never Win an Oscar, but Your Work Can Still Make “A World of Difference””