There will be plenty of time to get the facts right later. 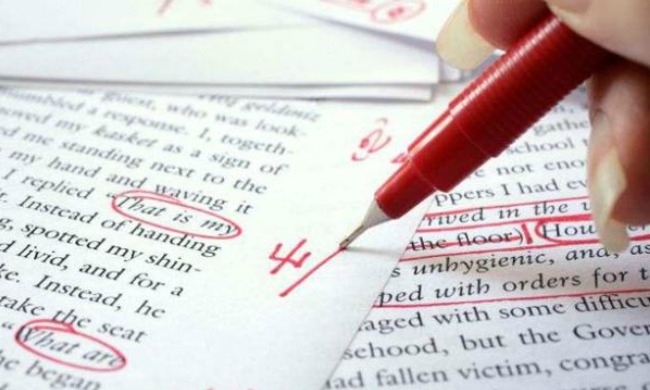 While reading your favorite books, you’ve probably made note of the amount of detail authors include in their stories to make them truly magical. You might wonder, “How do they think of this stuff?” Some of it comes out of nowhere. Some of it comes about from deep content editing, which happens, believe it or not, after the book is actually written.

Your story might have a lot of detail, and that’s great, but be honest: are you done writing yet? You could be focusing on too many small details and not even realize it’s hurting your productivity. Some research is important here and there, yes, but here are a few things that, at least the first time around, really aren’t.

Choosing names for characters and locations isn’t something to spend all your time pondering. A name can be significant and act as a symbol, and that’s cool and all, but you’re wasting a lot more time than it’s worth if you spend even 10 minutes brainstorming ideas for names when you haven’t even started writing the story yet.

Focus on writing the story first. Use generic names. You can change them later. Yes, you’ll probably get attached to your characters and their names, and if you don’t end up changing them, that’s fine. Not everything in a story has to be a symbol. A name is more often than not just a name and should really be the least of your concerns.

Dates and days of the week

Sometimes, dates and days of the week are important to a story, and there isn’t anything wrong with that … unless you focus on that detail so much that your productivity plummets. Just go with it for now. Something significant might happen on a Saturday and you might accidentally have the chapter before occur on a Thursday instead of a Friday. It’s okay. That’s what editing and revising are for.

John Green and his editor spent a lot of time mapping out specific days on an actual calendar while working on LFA because counting days was actually a significant part of the story. It’s not very likely that this happened at any point before the first early draft of the book was written. Writing a book is hard enough without having to pour over a calendar. Write first, count later.

We’ve all stopped writing and opened a new Chrome tab to look up something “important” in the middle of writing a story. Sometimes random facts are inserted into books for a purpose, and unless it’s significant to make a character wrong, you probably want to get them right. However, “researching” while writing a first draft, for any period of time longer than two minutes, isn’t necessary.

There will be plenty of time to get the facts right later. Promise. You’re going to throw yourself down a rabbit hole and you’re never going to get this novel done. For the good of all your future readers, just make your best guess, highlight that section or mark it somehow and come back to it later. Seriously. You’ll be glad you skipped over it.

These are not “easy ways out” or excuses for inconsistent writing. For many, the hardest part about creating a story is writing the first draft. No one LOVES editing and revising, at least not every single minute of it, but the first draft has to get done first. Don’t spend all your writing time focusing on details that don’t matte right now. You’ll clean it up later. Just write.