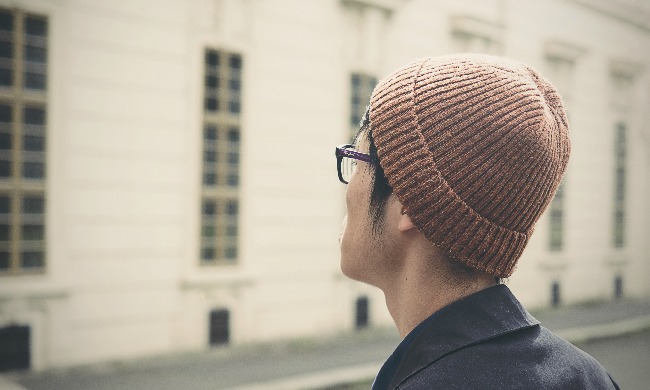 It’s OK if a writer cries. It’s OK if all of a sudden it all feels like too much and tears are easier to release than words. It’s OK, because everyone does it. Some of us need to. Some of us just let it happen even when it doesn’t feel good at first.

It’s OK if you don’t want to talk about it now. People seem to think that, because you’re a writer, you can go off on your own and write a poem or a story or a song and it will make everything better right away. It doesn’t, not always. Sometimes you aren’t capable of processing the things everyone thinks you can make sense of with words. Sometimes words do help, a little. Sometimes it takes many poems and stories and songs before the fog clears. But sometimes, words aren’t the answer. Not now. Maybe not ever.

It’s OK to react. It’s OK if you’re too nice to say anything to a person who has wronged you, but you make them into a character and give that character the worst life the world has ever seen. It’s not mean: it’s therapeutic. You’re allowed to go looking for things that make you sad so you have another excuse to feel things and close your eyes and cry. You aren’t weak. You’re strong enough to understand that holding onto things that hurt only hurts more. You’re smart. You cared. That’s why you cry.

It’s OK to stop. It’s OK to detach from the world, at least as much as you can afford. It’s OK to want to be alone, to forget things that are stressful, to stop pretending everything is fine when it isn’t. You don’t have to keep going if it’s too hard. Slow down. Walk instead of run. Let the pain catch up with you, let it wreck you and call you names and push you down. It will get bored. It will get tired of taunting you. Eventually, it will leave you alone. Don’t run from it. Let it in.

It’s OK to not be OK. You can write about it, but you don’t have to. This is proof you have a soul. The next time your character hurts, you’ll remember what this is like. You’ll be able to speak to someone you may never meet, to tap into their emotional framework and help them figure out how to untangle the mess. Sometimes you have to not be OK, if you ever want to be OK again. Your story will not forget this, and it will not forget you. You’ll be able to use this someday. Maybe in the very distant future, but someday.

It’s OK. Or it’s going to be. Never forget that what you are feeling is real. It’s not part of someone else’s story, not right this second. It’s your sadness. These are your tears. Your story will unfold. This will one day be part of your past. But right now, it’s your present, and you must let it happen. It’s OK to cry. The truth is that you’re a better person each time you do it. Tears don’t lie. If you cry, it’s because you’re honest. You’re not afraid to see things for what they are. This is why you’re going to be such a great writer. You feel, and therefore, others will feel with you. You’re never alone. Not like this.