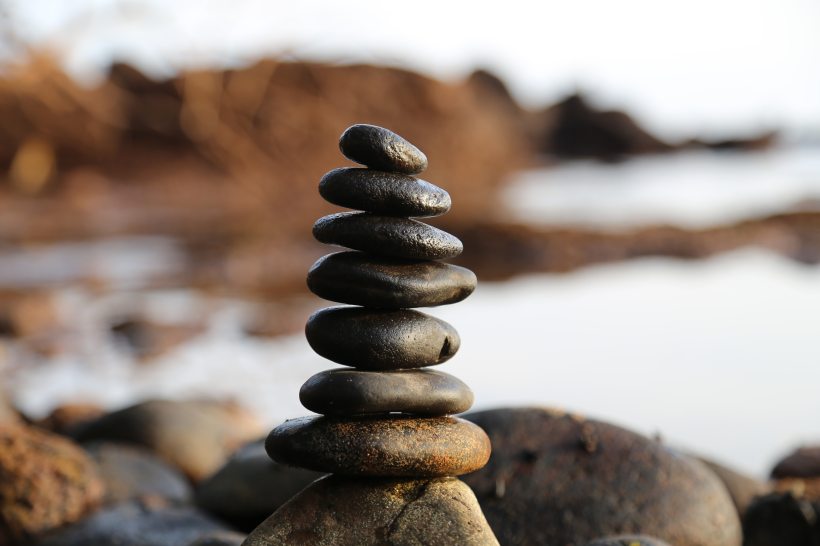 Don’t miss this important step in your project planning process.

You plan out your story, you plan out your characters’ arcs, you even plan what you’re going to do once your fifth version of a draft seems presentable enough to show to someone else.

But there’s one type of planning you might not be doing enough of — and you should be.

END_OF_DOCUMENT_TOKEN_TO_BE_REPLACED

10. You’re willing to create time and space for writing your story … whatever it takes.

1. You don’t just know you want to write a book — you also know why.

2. You’ve taken your dream to the next stage and turned it into a goal. You’ve spoken your goal out loud. It’s no longer something you want to do, it’s something that’s happening now.

3. You’ve written down your goal: “I’m writing a book.” It’s somewhere you can see it. You can’t just ignore it. You know it’s time to sit down and work.

4. You have more than just an idea — you have a very specific message you want to communicate to the world.

END_OF_DOCUMENT_TOKEN_TO_BE_REPLACED This is the fundamental question for both beginners and seasoned writers alike. Every day, we internally strive to perform a little better than we did the day before. We have goals, we can envision exactly the outcome we want — to publish our own books or to speak onstage about our ideas — whatever your greatest ambitions may be — and we don’t want to wait. We want to succeed NOW.

So there is, of course, nothing wrong with asking, “How do I improve?” Just as long as you understand that the answer might be more complicated and unglamorous than you’re hoping for.

Are you using the most valuable tool available — technically for free — at every writer’s fingertips? Chances are you aren’t — at least, not in the way you normally look at it.

END_OF_DOCUMENT_TOKEN_TO_BE_REPLACED

In the beginning, you might have to do things a little differently.

The Blank Page is a new weekly series on Novelty Revisions dedicated to any writer who is just beginning their journey or starting again after a long pause. Check back every Monday for more tips and inspiration.

It is a misconception that you can’t succeed as a writer if you don’t write every day.

I’ve encountered far too many writing “experts” over the years who claim that daily writing is the “only” way it can be done. There’s nothing wrong with the idea that writing every day can provide major benefits to those who put it into practice. It’s just that implying there is only one way to do it “right” is pretty silly.

Here’s the thing about writing advice: It’s complicated. Sites and blogs like mine put a lot of effort into catering their tips and suggestions to the masses when a writing or productivity strategy is really up to personal preference. Every individual finds success in writing in very different ways.

I, for example, spent the past year writing almost every single day — I think I may have taken the equivalent of a week’s worth of days off, but not all in a row, and sometimes not on purpose. I accomplished a lot, writing-wise, in 2019. I couldn’t have done what I did without a(n almost) daily writing strategy.

But I would never tell someone they HAD to do what I did if they wanted to find success with their own words.

However … that doesn’t mean I won’t suggest that some people — beginning writers in particular — can’t benefit from this practice in a big way.

Let me break it down for you.

END_OF_DOCUMENT_TOKEN_TO_BE_REPLACED

This is the point in your work-in-progress that could determine whether or not you’ll actually finish it.

Think back to the last time you came into contact with a brand-new idea for the first time. Do you remember how it felt?

Maybe it was unexpected — you were just minding your own business when it wandered into your life. Maybe you were secretly hoping something would come along but had all but given up on the possibility — but you just kept holding on.

Regardless, chances are you were an absolute wreck — in a good way — when this new idea hit. You couldn’t think about anything else. It seemed the more you thought about it, the more the idea began to expand inside your head — almost as if the story was already writing itself with each passing second (and without you).

This is, by far, one of the most exciting states of being a writer — those moments you are so captivated by a new idea that you give it permission to completely consume you, even if only for a short time.

But something almost always happens far too soon after you and your new idea meet.

One minute you’re so into your new project that hours could go by and you wouldn’t even notice. And the next … well. The next, you suddenly want absolutely nothing to do with your new idea anymore. It doesn’t feel exciting anymore. It feels boring. You almost even dread the thought of “having” to pick it up again.

Unfortunately, being a human has plenty of downsides — one of them being that when the initial thrill of something wears off, our brains often stop providing the rush of endorphins that once accompanied even every thought of doing the thing that, seemingly three days ago, we were so excited about that we could barely sleep.

Once the novelty of your work wears off, you have two options: Continue on, even though you might not really “feel like it,” or give up.

Here’s why giving up is often so easy … and how to fight the urge to quit.

END_OF_DOCUMENT_TOKEN_TO_BE_REPLACED

3. You are in control. You have ALL THE POWER. Sometimes that’s overwhelming.

1. Out of all the ideas roaming around inside your head, you somehow have to figure out how to focus on just a few at a time. What happens to the rest of them? Do they stick around … or disappear?

2. You might write with a different “voice” than you speak casually, and sometimes the “real you” feels like a completely different person. How do you DEAL with that?

3. You are in control. You have ALL THE POWER. Sometimes that’s overwhelming.

4. There are these things called characters and sometimes THEY START DOING THINGS WITHOUT YOUR PERMISSION AND YOU JUST HAVE TO GO WITH IT?

END_OF_DOCUMENT_TOKEN_TO_BE_REPLACED 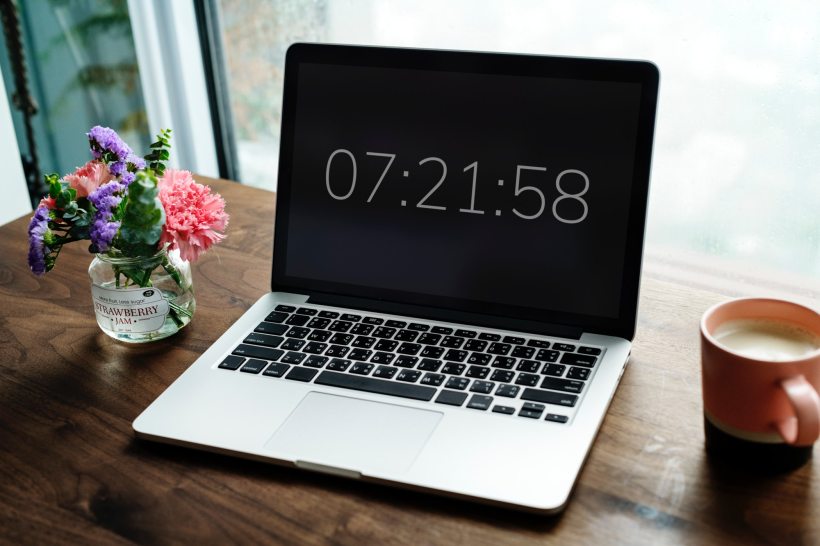 3. You don’t have to write a novel in a day. Take things one step at a time — slow progress is still progress.

1. Writing what you know a lot about/are interested in is a great place to start — there is always room to learn and branch out/expand your horizons once you’re more comfortable.

2. There is no “wrong” way to start writing, as long as you actually physically start writing (your own original arrangements of words, of course).

3. You don’t have to write a novel in a day. Take things one step at a time — slow progress is still progress.

4. You don’t even have to have a goal if that’s going to stress or overwhelm you too much. Keep it simple: Try to write just a little bit at a time at the start and see how things go.

END_OF_DOCUMENT_TOKEN_TO_BE_REPLACED

1. Reread (and critique) your own writing. We don’t like to look at our own mistakes, but it’s one great way to learn not to repeat them.

3. Blog as regularly as possible about a topic that interests you, even if you don’t publish your posts.

END_OF_DOCUMENT_TOKEN_TO_BE_REPLACED 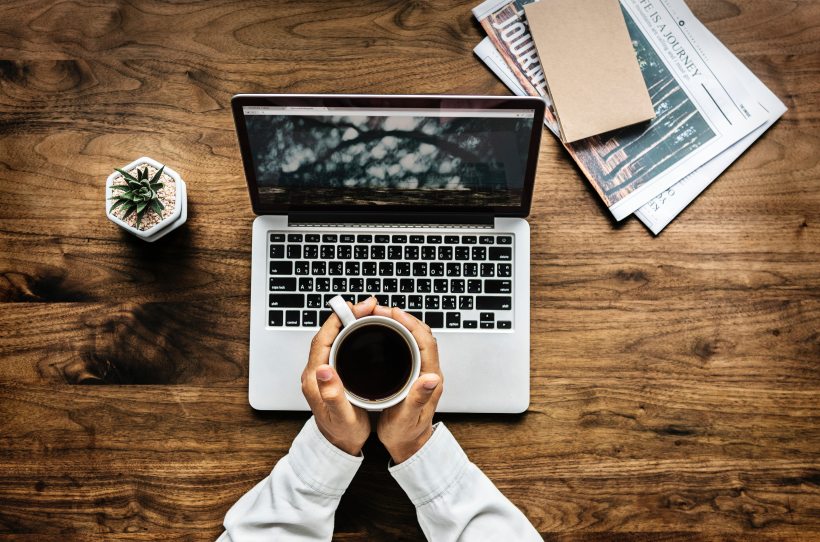 1. Writing the same story with the same characters over and over again.

2. Writing more than you read. (There should be an “almost” equal balance.)

3. Not putting your work out there because you’re afraid of being judged.

END_OF_DOCUMENT_TOKEN_TO_BE_REPLACED

For 365 days in a row, I kept track of almost every single word I wrote.

There were some exceptions — most tweets (except for one thread in particular that really should have been its own article), most emails, messages to co-workers, family, and friends.

But if I wrote an article, I tracked it. A book review? Tracked it. Worked on a first draft of a book? Tracked that too, Blog posts: Tracked. Cover letters, journal entries, headlines. I tracked it all in one single spreadsheet for the entirety of 2019 until the number at the top added up to 1 million.

This obsessive, time-consuming tracking had a purpose. And looking back, it served its purpose well.

But I’m done with that. Done with counting words, done with tracking number of articles written and books started. I’m done with all of it. And I couldn’t be happier … for a few key reasons.