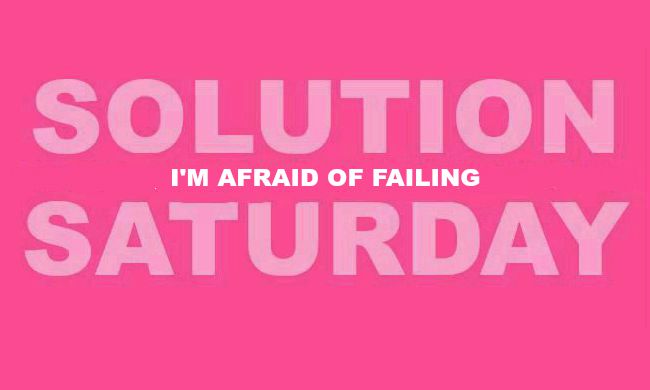 You love writing. Even if you’re not the best, you just love sitting down and playing with words. So why all of a sudden, the second you get a new idea for a story unlike anything you’ve ever tried writing before, are you so afraid to sit down and start writing it?

The truth is, you’re afraid of failing. Afraid that you’ll start and won’t finish, that you’ll finish and it won’t be publishable, that it will get published but everyone will hate it.

Being afraid to fail is a roadblock that spans across many different disciplines. It’s normal to hesitate for fear of falling short of your own expectations. But don’t let fear stop you from doing what you love. Here are three ways you might be able to overcome your latest creative barrier.

Solution 1: Ask yourself why the idea is important to you

We’re constantly bombarded with ideas. The ones that really stick out to us, the ones we just can’t seem to get out of our heads, mean something special to us. And it’s not just a coincidence, either. If you can’t get it out of your head, it’s probably because there’s something significant about it that appeals to you enough to want to expand upon it.

If you have an idea but are afraid it won’t go anywhere, take a few moments to work out why it matters to you personally. Do you have a specific message you really want to get across to a group of people? Do you have a story to tell that reflects personal experiences you really want to share? If it’s important to you for a good reason, it’s worth taking further, even if it does come to a dead end.

Solution 2: Choose someone you know to be your “motivation”

If you lack confidence in your ability to start, work on, finish, revise and/or publish your work, you might just be unintentionally overwhelming yourself thinking about the hundreds of thousands of people who may or may never read your story. If you can’t write for a thousand, for a hundred, for ten—just write for one.

You could even work this method into your dedication. “I’m writing this for so-and-so.” Choose someone close to you, someone you know will love and appreciate your hard work and effort even if you don’t ever actually finish. But maybe focusing on that one person, if you can’t stop yourself from thinking of your audience outside of writing the actual story, will make it easier for you to push forward even when you’re worried about never making it as far as you hope to someday.

Solution 3: Accept that the only way to fail at writing a story is to never start writing it

There isn’t a story out there that can really be considered a failure. If it has a beginning, middle and end, some characters, a plot and a problem that eventually gets resolved, it’s still a story. Some stories are better than others, but that doesn’t mean one story is a failure in comparison to one that’s more successful.

If you think of it that way, the only way to really fail at writing something is to never even give it a chance. We learn something new from each story, poem, article, book, etc., that we write. You’re never going to acquire the experience and skills you might need to avoid failure if you never allow yourself to learn from your shortcomings and mistakes.

It’s also important to remember that just because you have an idea doesn’t mean you’re required to tell people about it. If you are anxious to start working on a project but aren’t ready to talk about it until you’re more confident, you don’t have to. Sharing ideas can be beneficial, but don’t let that alone kill your creative productivity if you don’t want to. It’s okay to keep it to yourself for a while.

Failure is a part of the life of a writer the same way it’s a part of life in general. The important thing is that you’re able to convince yourself to go for it—and know that if you do take a tumble, you will get back up again, and your love for writing will not abandon you no matter how many times you think it has.

Just do it. Be brave. Sure, you might fail. But there’s also a chance you might succeed, too.