Ideas come from visiting all kinds of places. Even coffee shops. 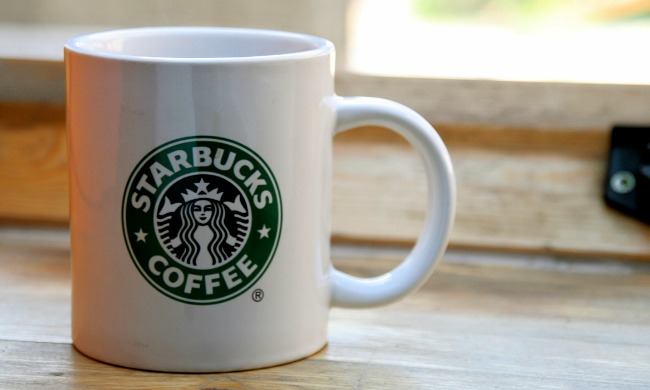 Yesterday I posted about how distractions are your primary creative block, not a lack of motivation. The tricky part about actually sitting down and writing, whether you feel like it or not, is finding a place – the right place – to do it.

Some days, your usual place is more of a distraction than an anchor.

Some days, you need to mix it up. Pack up your laptop and go someplace new.

If a coffee shop isn’t your go-to writing space, you might want to give it a try.

In his 2010 TED Talk, “Where Good Ideas Come From,” Steven Jonhson proposes that coffee shops are to blame for mid-seventeenth-century England’s explosion of creative and scientific innovation.

Oh yes. Starbucks could save your writing career.

As Johnson explains in the video below, ideas are as much environmental as they are biological. When you get a whole bunch of people together in a room, such as that of your local Starbucks, ideas flow. Not just in your own head, but between two or more heads.

Writing itself is an individual activity. But you will never come up with as many ideas on your own as you will when you spend time around other people. Colleagues. Friends. Strangers who, like you, flock to where the coffee’s made for them, digital copies of their unfinished manuscripts in tow.

I don’t know about you. But sometimes, when I’m at Starbucks for awhile and someone a few tables over is on their laptop, typing away, I really want to slink over and ask them what they’re writing about.

It’s like there’s an invisible bond between us. And in a way, there is. Because humans are social creatures. We don’t just get ideas. We talk about things, and our neurons start firing, and an idea starts to grow.

I’ll let Johnson explain it in more detail to you.

So if we’re so dependent on surrounding ourselves with other people to form and act on ideas, how does sitting in a Starbucks actually help you write that novel, like the title of this post promised to explain?

It can help you. If you let it.

Join, or form your own, coffe-shop based writing group – even if it’s only two of you

It gives you an excuse to write, socialize and caffeinate all at the same time. Online writing communities are great, but it can’t always substitute for the real thing.

It’s not just face-to-face conversations about writing that stimulate deeper creative and intellectual thought. It’s the small talk you engage in with the person behind you in line waiting for your peppermint mocha. It’s the barista who looks like he’s about to throw his apron on the ground and stomp on it. It’s the sights, the sounds, the smells. Being in a physical place changes everything.

Reward yourself for writing words

Imagine walking into a coffee shop, which smells amazing and stimulates all your senses, sitting down at a table and not getting any coffee.

Some people do this all the time. For them, it’s the environment, the experience, not the $5 latte. But if you’re as hooked on caffeine as I am (not sorry), just the thought probably gives you anxiety. Walk into a coffee shop and not drink coffee? It must be a sin.

You can even put a little too much trust in the barista working that shift and beg her not to let you buy anything until you’ve written some words. If that’s what it takes. If not, having other people around you, strangers and/or fellow writers, can hold you accountable the same way.

See? If you were alone, you’d just get coffee anyway without writing anything and nobody would know the difference.

You don’t necessarily have to do any of these things in a coffee shop. You could do them at the library, at someone’s house, in a bookstore (potential rewards: cookies and/or books, obviously). But everything is better when coffee is involved. It got me to sit down and write this post, after all.