At that point in my life, that sounded like a challenge to me. 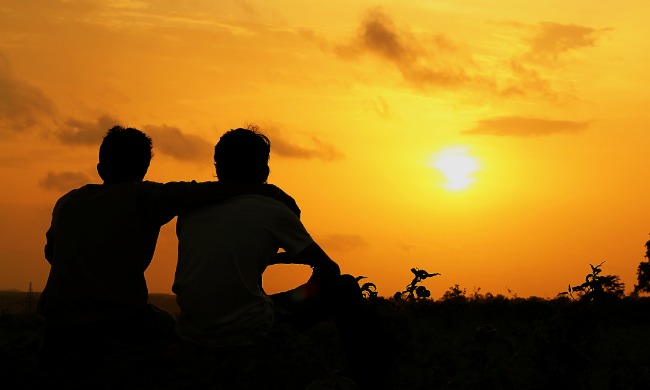 I have written on this blog before about writing as a coping mechanism. Writing as a career. Writing as a hobby. I have yet to explore, until today, how writing can help you look at a situation through someone else’s eyes. It is something I experienced once, but did not think about again until very recently.

There was someone in my life who I hurt emotionally. We’ve all been there; it happens. It wasn’t on purpose and I tried many times to convince her of such. Her response was always the same: “You will never understand how what you did made me feel.”

At that point in my life, that sounded like a challenge to me. So I set out to find a way I could prove her wrong.

It took awhile for me to figure out. I had to look back on a lot of personal trauma to even remember the details of what had actually happened over a period of about 18 months. Once I did that, I somehow convinced myself that the only way I would be able to understand what my friend had really gone through while I was busy ripping my own life apart was to look at it from her perspective – rather, to write a personal account of the events that had occurred, but from her point of view.

I sat for about three hours writing what turned out to be one of the hardest nonfiction pieces in my life.

At first I figured I would be able to separate fiction from reality. If I made her a character in my own head, maybe it wouldn’t seem so real to me. That didn’t happen, though. I wrote out how I thought she would summarize what happened and how it made her feel. I forced myself to be deep and honest and even hurtful (toward myself). I forced myself to at least imagine what it must have been like. The only way I could do that was through writing. I did the best I could.

I showed it to her afterward. Obviously I would never be able to know exactly what she went through. But my perspective changed. It forced me to come to terms with the fact that I had not been thinking about another human being’s feelings, which was not okay.

But the important thing was that I used the tools I had at my disposal to shift my outlook. It may seem a little weird, but therapy means something different for everyone.

Three years later we are still friends. I’m not sure that would have been possible if I hadn’t written what I did, despite poor original intentions. Emotions are hard. The reason many of us write at all is to figure out how to process and convey those emotions. Don’t hesitate to use that skill to solve real-world problems and even mend some relationships … or at least find closure on your own.

Writing is a lot of different things for different people. It can be something you do for fun. It can be your job. It can be your therapy. It can also be your primary outlet for connecting with people on a deeper level. The same way we understand a subject better the more we write about it, we understand emotions, and the people who experience them, better when we take the time to change perspectives. Who says you can’t change POV in real life the way you do while writing a book?

Meg is the creator of Novelty Revisions, dedicated to helping writers put their ideas into words. She is a freelance writer and an eight-time NaNoWriMo winner with work published in Teen Ink, Success Story, Lifehack and USA TODAY College. Follow Meg on Twitter.