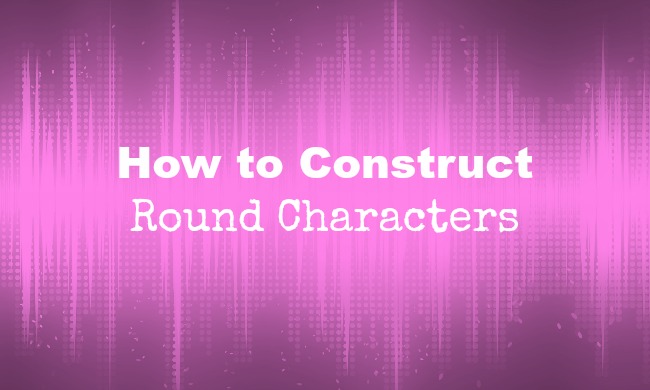 Do your characters go through transformations from the beginning of your story to the end? Do you find yourself, as you’re writing, discovering deeper layers of your characters’ personality even you didn’t know existed?

You may have, without even realizing it, created a round character.

Awhile ago we wrote about why a story with both flat and round characters is important, and how to create the ideal flat character. Now we’ll focus on round characters, and why a good story needs them.

What is a round character?

A round character, in comparison to a flat character, is more complex. He or she goes through some kind of development or shift from start to finish.

Usually, a round character is a main character in a story who deals directly with the plot’s major conflict and is changed because of it. Ron, Harry and Hermione are all round characters in J. K. Rowling’s book series. From the beginning of each book to its end, as well as the series as a whole, each character is, in many ways, completely different than where they began.

Why does a story need character development?

We tell stories for many reasons. We read stories for many, many more. A story exists to give its reader a cast of people, fictional or real, to relate to even in the smallest of ways. A story where someone deals with a major tragedy and doesn’t grow or learn from it isn’t a realistic story. It doesn’t give the reader any hope in handling their own personal tragedies.

As a writer, it’s essential to be able to show that any conflict and resolution will be accompanied by change. That is what we, as humans, want to see in the real world, and when we don’t, we often turn to stories to feed our desires. It’s not a bad thing. In fact, things characters do in the stories we love might even be able to motivate us to promote change in our own surroundings.

How to give a character depth

To show that major change in your characters throughout your stories requires a lot of time and effort and many different writers’ tools. This is why learning to write better stories as you refine your skills is a long, tough process. But the more you write, the more chances you have to develop these skills, which always leads to better writing. Always.

4 thoughts on “How to Construct Round Characters”