How do you organize the list of characters you want to include in your story so that they complement each other and don’t all sound and act the same? 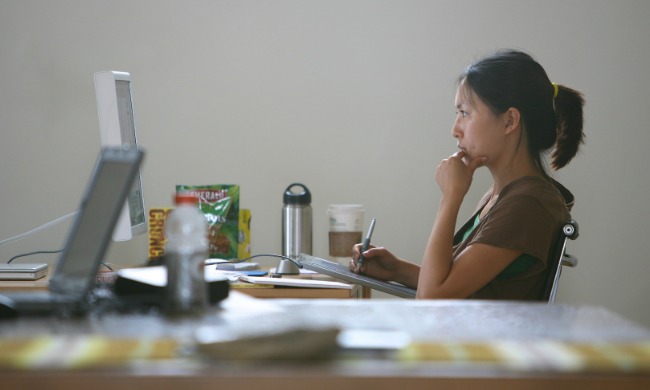 Have you ever realized, as you’ve looked back at your recent projects, that a lot of your characters are a little too similar?

You can have a really great story with terrible characters, and unfortunately, this can bring the value of your work way down.

You already know that creating a diverse cast of characters is important and how to mix and match their traits. But how do you get to that point? How do you organize the list of characters you want to include in your story so that they complement each other and don’t all sound and act the same?

Here are some strategies to help get you on the right track.

We haven’t given you the article we promised on how to do this yet, and we’re super sorry about that (it’s coming, it is, it really is). What a character sketch helps you do is map out your character’s traits, both significant and not as significant, to help you form ideas and, basically, know who you’re signing on to deal with before you give them a role in your story.

Never use the same MC twice

Whether you know it or not, you have a favorite character type, and you love recycling that character. It’s a common pattern for fiction writers to unintentionally create the same narrator over and over again without noticing that’s what you’re doing. It’s that fictional version of the person you wish you were, or of someone you admire, or even someone you used to hate. It’s that character you feel you can relate to. It makes you feel safe. Too safe.

In doing this, you’re creating your own set of stock characters, and that is exactly the kind of trap you do not want to keep falling into every time you start a new story. The best way to stop yourself from doing this is to never let yourself recycle. That character who loves school and is good at every subject? Use her once. Then never use her ever again. It’s nothing personal. You just need to move on and create someone new, whether you feel like you need to or not.

Choose characters that annoy, disgust or upset you

You might think the last thing you want to do is tell a story from the perspective of a character you cannot stand. After all, you’re going to be spending a lot of time with that character, and if the two of you “won’t get along,” how are you supposed to create a story together?

It’s actually a lot more entertaining than you might think. Let’s say you create a character who is the exact opposite of your best friend, who you adore. All of a sudden you’re going to find yourself coming up with every single phrase, bad habit and cringe-worthy behavior that would, in real life, make you want to hit that person over the head with something heavy. You will find yourself pouring your heart and soul into creating the most obnoxious person you hope to never meet.

And all of a sudden, you’ll have created one of your most dynamic characters ever. Nothing like you’ve ever created before. The kind of character that makes your story come alive in ways you never thought possible … all because you went out of your way to give them life.

THAT is how you stop yourself from always writing the same characters. Put all your effort into making them different and exactly how you don’t want to be. This also gives you the opportunity to help them grow and keep them round and unpredictable.

Writing may not be easy, but it can be fun, if you dig a little deeper.